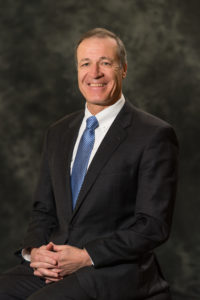 Samuel W. Collins has been a Director since 2001. He has been President of S.W. Collins Company since 1981. He holds a Bachelor of Arts Degree in Economics and a minor in Government from St. Lawrence University. Mr. Collins was awarded the Maine Dealer of the Year Award by the Retail Lumber Dealers Association of Maine in 1992. His community service has been recognized by his being named a Paul Harris Fellow of The Rotary Foundation of Rotary International. Mr. Collins was inducted into the Junior Achievement Maine Business Hall of Fame in 2019. 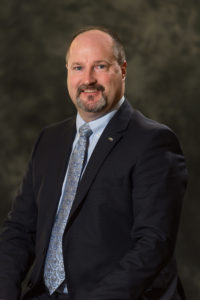 Jon J. Prescott has been a director since 2005. He is the President & CEO of Katahdin Trust Company, Island Falls, Maine with branches in fourteen locations. He holds a B.S. in Business Administration from the University of Maine where he graduated with Distinction. He is also a graduate of the National Commercial Lending School where he also graduated with Distinction. He also attended the Northern New England School of Banking. He serves as a Director for the Maine Bankers Association and is Chairman of the Executive Committee.  Mr. Prescott is a past Chairman and Treasurer of the Board of Directors of Aroostook Partnership. 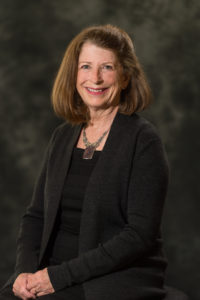 Jean M. Deighan, joined the MMG Board of Directors in 2014. She recently retired from her position as Chief Executive Officer of Deighan Wealth Advisors, an independent wealth management firm she founded in 1994. Ms. Deighan holds a Bachelor of Arts degree from Tufts University and a Juris Doctor degree from the University of Maine School of Law. She is a graduate of the American Bankers Association National Graduate Trust School at Northwestern University and the American Bankers Association Trust Management School at The Kellogg Graduate School of Business. She is a Certified Financial Planner™. Ms. Deighan’s community service has been recognized by her being named a Paul Harris Fellow of The Rotary Foundation of Rotary International and by receiving the Greater Bangor Chamber of Commerce Athena Award, the City of Bangor Paul Bunyan Citizenship Award, the Maine Business School Achievement in Business Award, and the University of New England’s Deborah Morton Award for Professional and Community Service. 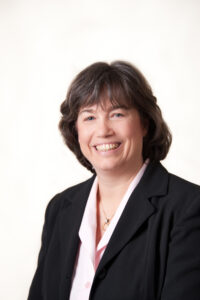 Deborah A. Jordan became a Director in 2022.  She is Business Advisor/Sole Proprietor of Camden Consulting.  Previously, she was the Chief Operating Officer and Chief Financial Officer of Camden National Corporation and Bank.  She holds a B.S. in Accounting from Husson University and an A.S. in Business Management from Eastern Maine Community College.  She is a Certified Public Accountant.  Ms. Jordan serves as a Director and Finance Committee Chair for Seven Islands Land Management.  She also serves as a Director and Audit Committee Chair of Maine Community Foundation.  She previously served as a Trustee of Husson College, Director of Eastern Maine Community College Foundation, Director of the Camden Public Library, and Director of the Bangor Public Library. 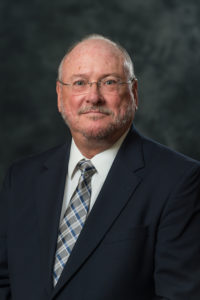 Mr. McCarthy previously served as a director/trustee of the University of Maine System, the Maine Public Broadcasting Network, the Davis Foundations, and AHIP (America’s Health Insurance Plans). He has previously been the Chairman of the Insurance Subcommittee of the American Chamber of Commerce in Japan, where he was significantly involved in U.S. – Japan bilateral negotiations regarding deregulation and market access. He has previously been a director of LIMRA International, the International Insurance Council, the Maine International Trade Center, the World Affairs Council, the Portland Museum of Art, the United Way of Greater Portland, the Maine Make-a-Wish Foundation, the Gulf of Maine Research Institute, Corporator of Maine Health, and Chairman of the Advisory Council for the University of Southern Maine School of Business. 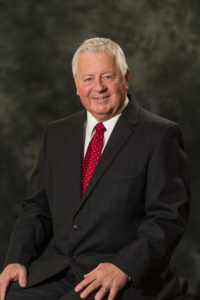 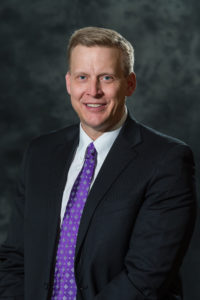 Matthew R. McHatten joined the Company in 2001 and serves as Executive Vice President, Chief Operating Officer, Secretary and Clerk.  He previously served as Senior Vice President of External Operations and Vice President and Marketing Director.  Mr. McHatten holds a Bachelor of Science Degree in Business Administration and Finance from the University of Maine and also has attended several executive development programs.  He was previously employed by Key Bank’s Corporate Banking Division as a Vice President and Relationship Manager.  Mr. McHatten is a Board Member of the Aroostook Partnership and serves on the Strategic Communications Council of the National Association of Mutual Insurance Companies (NAMIC).  He is past Chair and member of the University of Maine Business School Advisory Board, past Chair and member of the NAMIC Management Conference Board, and past Chair of the Aroostook Partnership.  He is a past member of the Hartford Steam Boiler Advisory Board, past President and past member of the Presque Isle Rotary Club, and past President and member of the Board of Directors of the Central Aroostook Association.  Mr. McHatten is a Rotary International Paul Harris Fellow, recipient of the NAMIC Merit Award and was named to the 2010 MaineBiz Next List, an award presented annually to ten individuals recognized as being influential in the future of Maine’s economy.  In 2019, Mr. McHatten was awarded the prestigious President Abram W. Harris Award by the University of Maine Foundation. 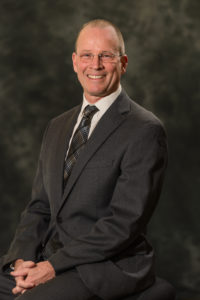 Donald W. Perkins has been a Director since 2005. He is the President of Gulf of Maine Research Institute, Portland, Maine. He holds a B.A. in Anthropology from Dartmouth College where he graduated with High Distinction, Magna Cum Laude. He is a Tucker Foundation Fellow and Rufus Choate Scholar. Mr. Perkins also holds an M.B.A. from the Stanford Graduate School of Business where he received the Ernest R. Arbuckle Award. He is a past Co-Chair of the Governor’s Ocean Energy Task Force and is a past appointee to the Governor’s Task Force on Planning and Development of Aquaculture in Maine. Mr. Perkins was the recipient of the 1992 Gulf of Maine Visionary Award and the 1991 Maine Audubon Society Environmental Award. 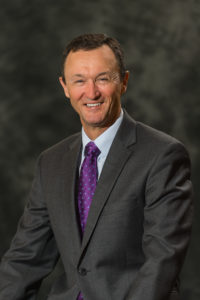 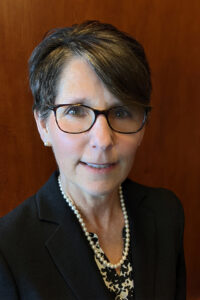 Deanna S. Sherman became a Director in 2022.  She recently retired from her position of President & CEO of Dead River Company.  She holds a Bachelor of Arts degree from Colby College and a Master of Business Administration from the University of Southern Maine.  Ms. Sherman serves on the Board of Lee Auto Malls.  She previously served as a director on a variety of community and industry boards including the Olympia Snowe Women’s Leadership Institute, Educate Maine, United Way of Greater Portland, the University of Southern Maine Foundation, Junior Achievement of Maine, and the Maine Energy Marketers Association.  Ms. Sherman is a recipient of the Portland Regional Chamber of Commerce Leadership in the Private Sector Award (2019). 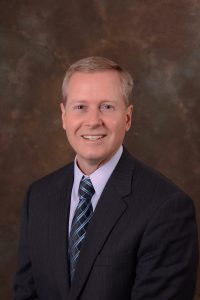 Donald E. Simon has been a Director since October 2019. He is the CEO of Farm Bureau Insurance of Michigan, a group of multi-line insurance companies writing Property/Casualty and Life/Annuity business. He was appointed to CEO in December 2017. Mr. Simon’s career at the Michigan Farm Bureau Family of Companies spans 27 years, starting in the Internal Audit Department performing audits of all Michigan Farm Bureau entities. He was promoted to reinsurance administrator in 1997, reinsurance manager in 2000, and Property/Casualty accounting & reinsurance manager in 2005. He was promoted to associate vice president of Farm Bureau Insurance’s Claims Division in April 2009, and to vice president of Claims in August 2010.  Under his leadership, Farm Bureau continues its long tradition of exemplary, personal service as well as a renewed willingness to lean forward and embrace innovation and ease of business platforms.

Mr. Simon has served on the Michigan Auto Insurance Placement Facility Board of Directors, the Michigan Basic Property Insurance Association Board of Directors and is a past president of the Mid-Michigan Chartered Property and Casualty Underwriters chapter. He currently serves on a variety of industry and community committees and boards including the Michigan Department of Insurance and Financial Services Presidents’ Council, Lansing Economic Area Partnership (LEAP) Board, Mid-Michigan Business Travel Coalition Board, and the Sparrow Hospital Foundation Board. Mr. Simon earned a Bachelor of Arts degree in accounting from Michigan State University. He also holds many industry certifications, including the CPCU, ARe, LLIF and CIA designations.

Lisa M. Ventriss has been a Director since 2000. She became President of the Vermont Business Roundtable in June 2002 and prior to that was the President of the Vermont Captive Insurance Association. She holds a Bachelor of Arts Degree in Political Science from the University of Vermont and a Master of Science Degree in Public Administration from the University of Vermont. Ms. Ventriss serves on numerous Boards and is a recipient of the 2002 Community Excellence Award, Lake Champlain Regional Chamber of Commerce. In 2017, she was awarded the Catherine McAuley Award.