As part of its 120th Annual Commencement Exercises on Saturday, May 11, 2019 at the Cross Insurance Center in Bangor, Maine, Husson University conferred honorary doctorates on two leaders who have distinguished themselves in education and financial services.

Larry M. Shaw, the President and Chief Executive Officer (CEO) of MMG Insurance, received an honorary Doctor of Business Administration degree in recognition of his leadership abilities, his dedication to the people of Northern Maine, and his devotion to ensuring his community’s financial security. 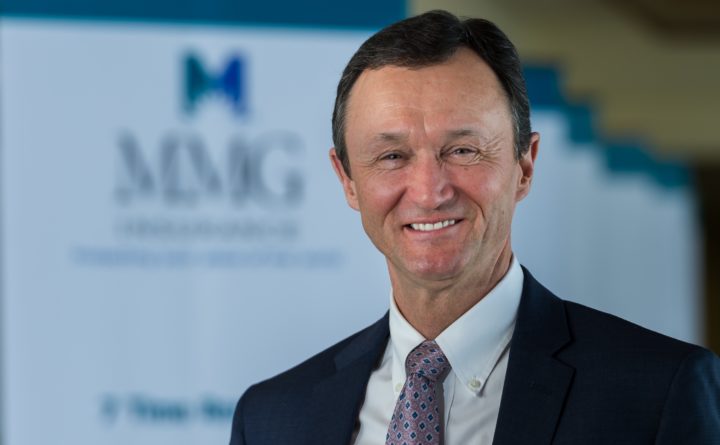 MMG Insurance, headquartered in Presque Isle, Maine, is an AM Best “A” Excellent rated regional property and casualty insurance company with operations in Maine, New Hampshire, Vermont, Pennsylvania and Virginia. With the company since 1982, Shaw was promoted to president and CEO in 1995.

He holds a Bachelor of Science degree in business administration from the University of Maine and a Master of Science degree from Husson University. He has also attended the Executive Education Program at the Harvard Business School and the Wharton School of Business. Shaw is a recipient of the Maine CPCU’s Lee Allen President’s Award for Excellence.

In addition, Shaw was inducted into the Junior Achievement Maine Business Hall of Fame in 2015 and is a Rotary International Paul Harris Fellow. He has generously supported distance education technology at Husson’s Northern Maine campus and the University’s plans to construct a new College of Business building in Bangor. (Bangor Daily News)